SEAT isn’t exactly used to making Sport Utility Vehicles. In fact, the all-new SEAT Ateca is the first SUV ever produced by the Spanish automaker.

The Ateca is the freshest in a crowd of mid-size crossovers that includes the Ford Kuga and the Nissan Qashqai. The SUV aims to beat these cars into a pulp with its much funkier looks, good road manners and excellent value for money.

I drove the sporty 190PS 2.0-litre diesel ‘FR’ version. In this model, there’s enough poke to push on and pummel the boundaries of ‘sensible SUV’ driving. SEAT likes to have a reputation for being a youthful, sporty marque, so it should come as no surprise that the car is dynamic in every way.

Behind the wheel, the driving position is flexible, and there’s loads of adjustment in the steering and seating departments. At slower speeds, the oil-burner emanates that all-too-familiar diesel chatter, but it soon shakes that off when the open road begs for pace. 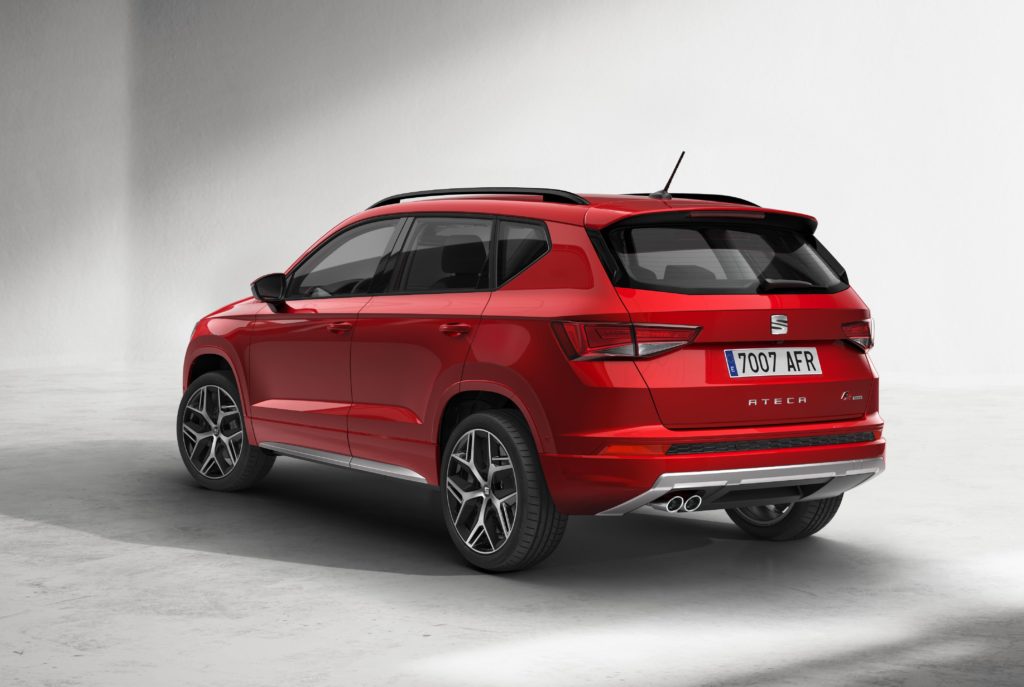 The SEAT Ateca pulls muscularly from low revs, and when mated with a seven-speed automatic transmission, progress is a real pleasure. With all that horsepower under the bonnet, the 2.0-litre Ateca gallops from zero to 62mph in just 7.5 seconds.

The sporty nature of this Spanish SUV means there’s a small trade-off in the form of a firm ride, but never is it uncomfortable. Body control is so good that there’s no real detectable roll on corners, and the steering is razor sharp. This means the car is genuinely entertaining to drive – which is more than can be said for the majority of SUVs.

The potent 190PS SEAT Ateca comes with the dog’s-danglies – in other words, it comes fully loaded with four-wheel-drive as well as the aforementioned seven-speed auto gearbox. That heady, but potentially fuel-guzzling blend, gives an official and unexpectedly respectable combined consumption figure of 51.4mpg, while CO2 emissions are 142g/km. 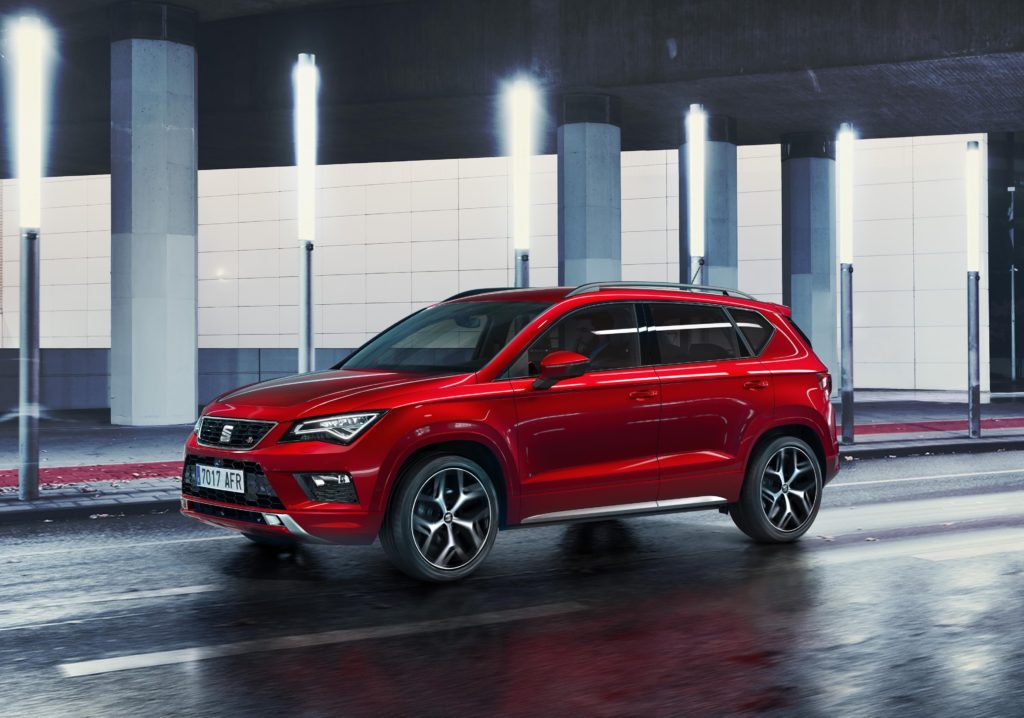 Not everything is perfect with the Ateca, though. The cabin materials, while good quality around the top of the dashboard, are a bit shoddy on the lower part of the centre console. The story is the same on the doors and around the electric window switches. Plus, the SEAT Ateca shares the same wheelbase as the SEAT Leon. This means it isn’t overly roomy in the rear, but it is on par with Nissan’s Qashqai.

More importantly though, due to a raft of safety aids, the SEAT Ateca has been awarded the top five stars by crash test safety body, Euro NCAP.

When all is said and done, you really can’t pick many faults with the Ateca. It’s a compelling car and an impressive first SUV from SEAT.