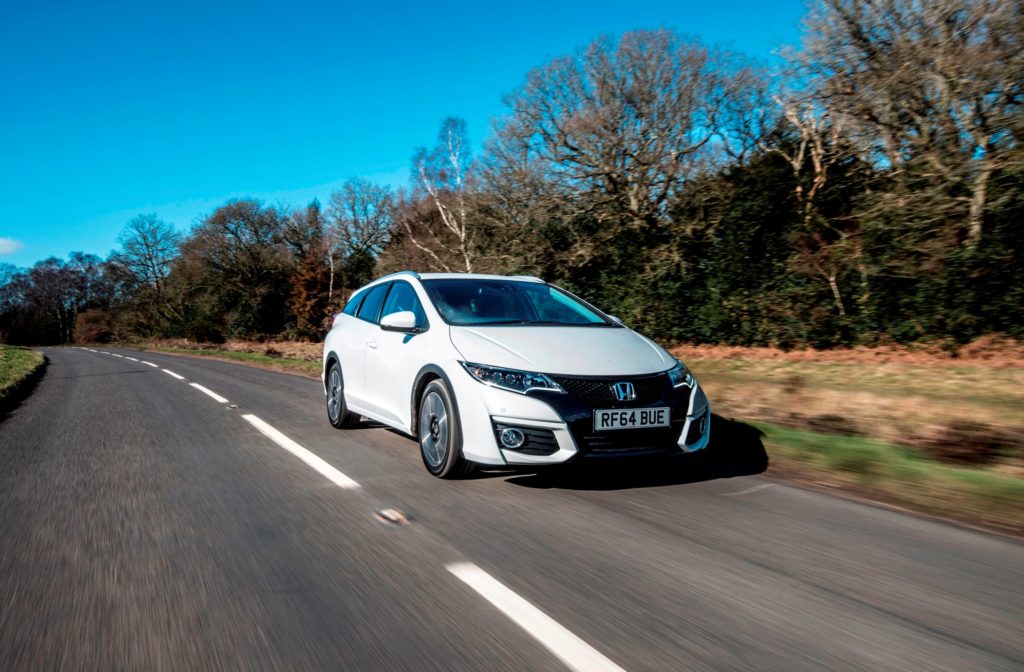 If you like cheap lease cars, you’ll like the Honda Civic Tourer. It feels sturdily constructed; the driving position is bang on and the boot is big.

There is one weakness, though: it’s not a looker. Yes, I am aware that beauty lies in the eyes of the beholder, but the looks of a car really do matter. Now, I’m not saying the Honda Civic Tourer has a face only a mother could love – its face is all right – hardly dissimilar to the average Civic hatch; it’s just that things go pear-shaped the further back you look.

The rump of the Civic Tourer looks like it belongs to another motor altogether. It’s clumsy and has no panache. Yet, I can see why Honda has made this Civic the way it is. The structure of the rear allows for an expansive, low-slung boot – making it effortless to load up. For example, hoisting my three-year old’s buggy into the boot involved no cursing at all; in fact, I could hardly call it ‘hoisting’, the load-lip is so conveniently close to the ground. And that is a big tick in the Honda Civic Tourer’s box. Observed from its flank area, the car is almost sleek. It is, unquestionably, the best position to view the Civic. And that’s a pity, because you want the rear end to look nice, too, and, because it doesn’t, it’s annoying. 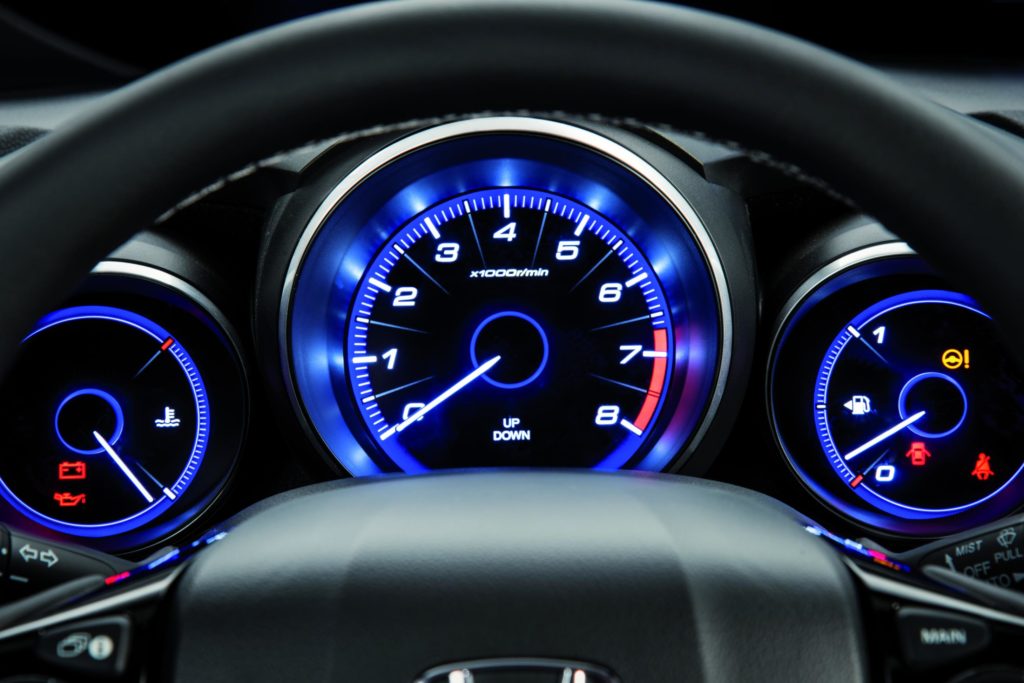 Inside the Honda Civic, the seats are accommodating and the instrumentation is vibrant and instinctual to use. There is a lot of leg-room in the front of the Civic and enough for two six-foot tall adults in the rear seats. The same goes for the car’s head-room, which is bizarre, bearing in mind how hunkered down the Civic Tourer looks on the outside. Cool beans, Honda!

In 1.6 diesel semblance, as reviewed here, the Honda Civic is suave, sharp and thrifty. The steering feels a tad synthetically weighted, but the Civic feels stable on motorways – and on snaking rural roads, the Honda is keen to hold hard on to the asphalt in corners. Furthermore, a six-speed manual transmission makes the most of the pull attainable, thanks to an unambiguous gearshift action. The diesel-driven Civic will do 0-62mph in 10.5 seconds, and the car’s maximum speed is 121mph. The black and white figures don’t do the Honda Civic Tourer justice – the torque provision makes it feels much quicker. 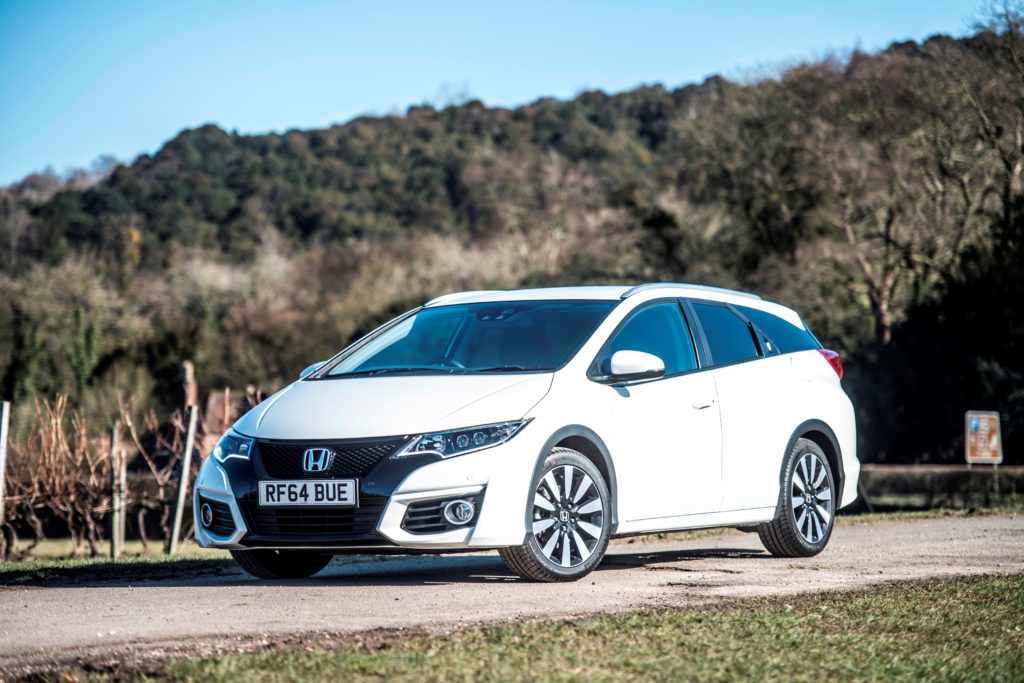 The Honda Civic comes very well kitted-out, too. Even though I drove the close to the top of the range EX Plus flagship model with, sat-nav, leather seats, xenon lights and 17-inch wheels, all Civic Tourers come factory-fitted with digital DAB radio and Bluetooth.

The Honda Civic Tourer’s 1.6-litre diesel tank just keeps on being benevolent – you can get 800 miles out of it – and the car returns up to 72.4mpg on an average run, while emitting 103g/km of CO2.

If you’re not fussed about its disagreeable booty, then another reason to opt for the Civic, as any professional who’s involved with car leasing on Honda will tell you, is the car’s reliability. The Japanese auto-brand has a richly deserved reputation for making vehicles that survive the test of time. Besides, the Honda Civic is made at Honda’s factory in good old Swindon, so you’ll be able to fly the flag for British car-manufacturing with pride, too.