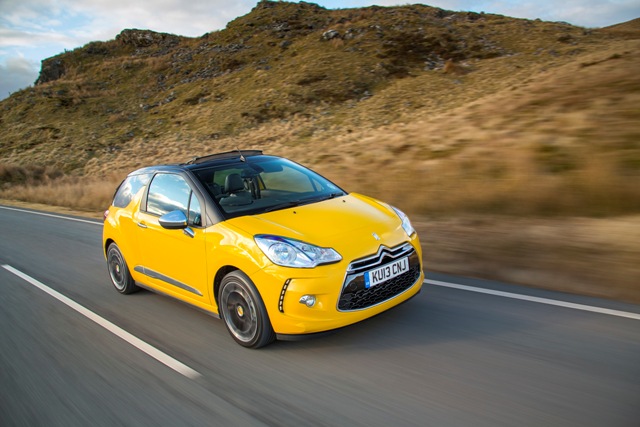 THE FRENCH are at it again. They’re often regarded as fashionistas – and the new DS3 Cabrio from Citroën lends further support to that perception.

The latest development in the chevron adorned motor company’s stylish DS line is the top-down version of the DS3. The car features intelligent design and glittery looks to make open-top driving easier and even more pleasurable.

The Cabrio boasts all the characteristics that have made its hatchback sister so popular – daring styling, chic elegance, all-embracing personalisation and an enjoyable motoring experience. But Citroën’s unique selling point is that it is the only five-seater in its class and features a larger boot than key rivals such as the MINI Convertible and FIAT 500C. The powered roof can be opened or shut at speeds of up to 75mph – which is also exclusive in this segment. Quite frankly, rag-top driving has never been so simple.

Continuing the DS line’s customisation levels, the Cabrio is available in seven body colours with three colour-coordinated roof designs for a choice of fourteen combinations. There are nine different wheel styles to let you express your personality even further, and you can specify 16” or 17” alloys in an array of shades and patterns.

Apart from the lid peeling off, another hip highlight is the motor’s attention-grabbing, three-dimensional LED tail-light signature. The all-new technology was inspired by the designs on Citroën’s Revolte and Survolt concept vehicles. The central part of the light is made of a rectangular set of 31 LEDs with mirrors that reflect the light into ‘infinity’. 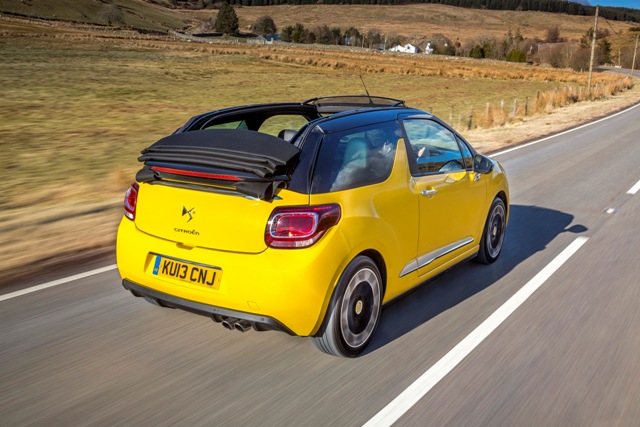 Inside, the DS3 Cabrio offers a typically classy French cabin. There is white LED ambient lighting around the ceiling console and white lights in the instrument cluster. The strong soft-top material delivers soundproofing comparable to the hatchback with some of the best acoustic insulation against road noise and the elements in its class.

Behind the wheel, the DS3 Cabrio is comfy yet athletic. A button on the overhead console controls the roof to three positions – intermediate, horizontal and total – with the covering fully opening or closing in just 16 seconds. Even in the horizontal setting, your rear passengers get a clear view overhead. When the roof is open, a very useful aerodynamic front deflector provides further ear-soothing assistance by deflecting air currents and preventing air buffeting. If only the seats repelled the cold as effectively – heated seats would definitely be beneficial for die-hard roof-off British motorists.

The Cabrio inherits all the well-located technology of the conventional DS3, including Citroën’s integrated satellite navigation system, which features a colour screen, Europe-wide navigation; Bluetooth® and USB connectivity. And with rear parking sensors fitted across the range, you have that extra reassurance when parking with the roof down. For added well-being, whatever the weather, automatic air conditioning is also available. 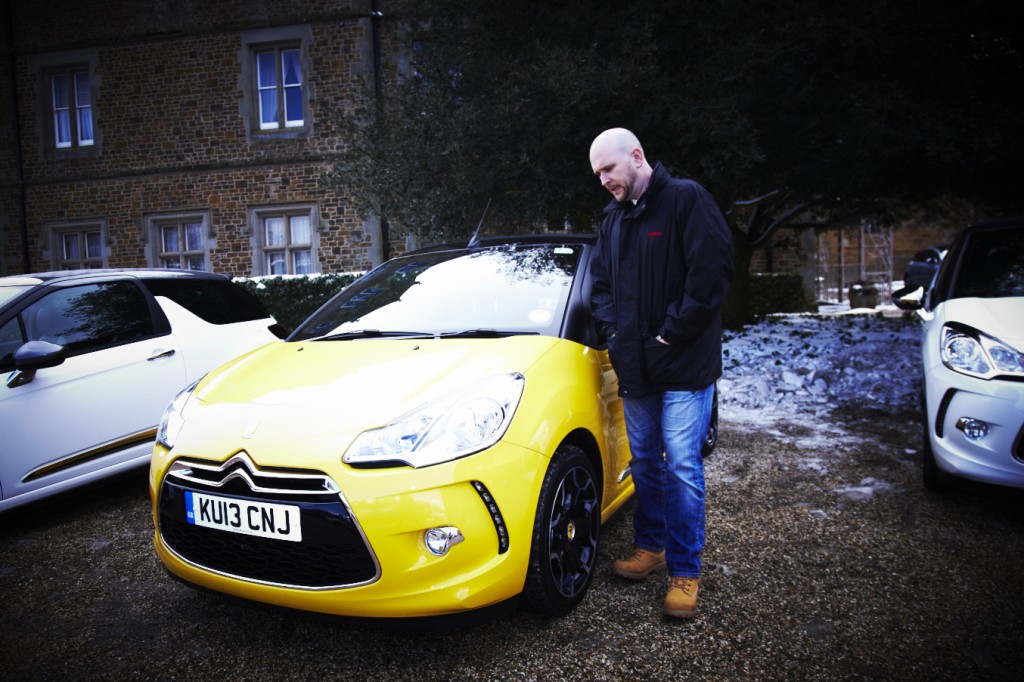 Adding to a range praised for its enjoyable handling – and boasting a strong World Rally Championship (WRC) pedigree – the Cabrio remains a pleasure to drive, retaining the nimble and alert feel of the original DS3. At the same time, the car offers comfort, control and safety, always putting you firmly in command.

The new model is available in the DS line’s three signature trim levels – DSign, DStyle & DSport – with ownership starting at £15,045 for the VTi 82 DSign rising to £19,675 for the THP 155 DSport. The most popular variant is forecast to be the VTi 120 DStyle at £17,425 and the sales split is expected to be approximately 65 percent retail and 35 percent fleet/business.

Follow this link to read Tim’s blog on arnoldclark.com