Best of British steal the show at Race Retro auction

British classics from a host of UK manufacturers were among the stars of the show at the recent Race Retro and Classic Car sale, which generated premium inclusive sales of more than £1.4 million.
Hosted by Silverstone Auctions, the sale saw 64 percent of the road cars on offer successfully hammered away, with a further nine competition cars also finding new homes. 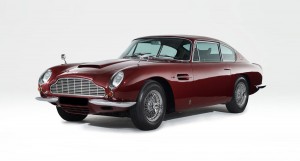 Among the highlights of the road cars successfully sold were a stunning 1967 Aston Martin DB6 which sold for a premium inclusive £123,750, while an exceptional 1952 Land Rover 80” Series 1 sold for £32,850, more than double its pre-sale estimate.

“With its passionate and knowledgeable crowds, Race Retro has once again proved itself as a fantastic venue to host a classic and competition car auction,” comments Nick Whale, managing director, Silverstone Auctions. “Not only have we achieved some great returns for vendors of road-going classics but a significant number of competition cars have also been acquired by new owners, just in time for the start of this year’s race season.”

One of the most stunning competition cars sold during the sale was a 1953 Connaught AL10 Historic Grand Prix Car which had been driven in period by legends such as Roy Salvadori, John Coombs, Kenneth McAlpine, Ron Flockhart and Bill Whitehouse, fetching £196,875. Another iconic British legend, a 1985 Ford Sierra Cosworth Group N rally car, was the subject of a hard fought bidding battle, eventually selling for a significant £39,900.

“While there were a number of particularly notable British vehicles selling at this auction, other European and American models also fared extremely well,” added Nick.