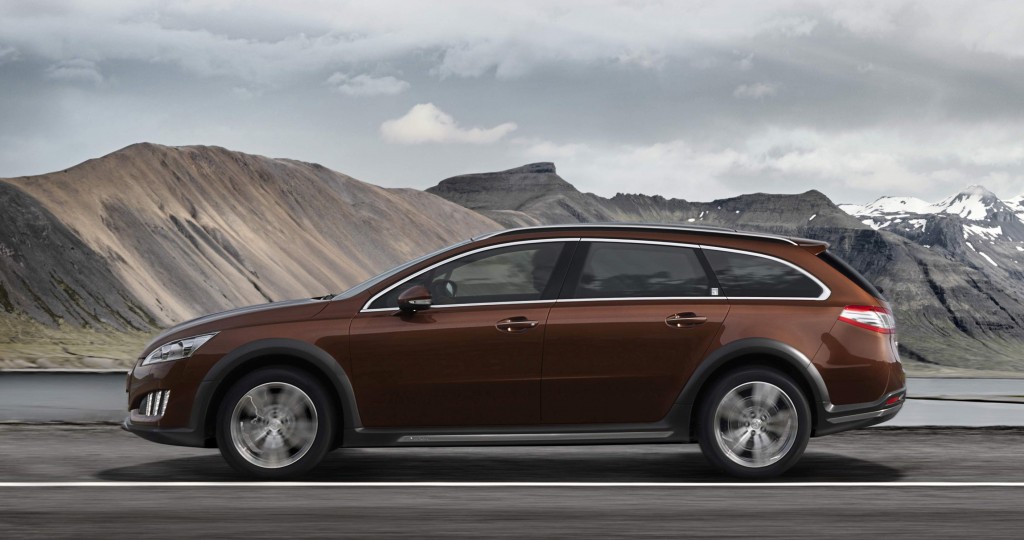 PEUGEOT HASN’T always produced the best looking motors, but things have changed. The RCZ Sports Coupé and the 508 have really lifted the French car maker out of the dull design rut it had become stuck in.

The fetching 508 RXH, reviewed here, has a road presence that immediately sets it apart from many other mile-munchers. Refined, high and wide, the estate car is the top-of-the-range model of the 508 SW. It’s distinguished by LED daytime running lights that give an impression of having three vertical ‘lion claws’ on each side of its ‘floating’ grille. The RXH has other characteristics to make it special too. It has a unique bodykit; bespoke 18” Attila alloy wheels; a panoramic glass roof, and acoustic laminated side windows with rear privacy glass.

But what else is different about the RXH, I hear you ask? Well, it’s a four-wheel drive car that uses the latest hybrid technology. It combines Peugeot’s proven 2.0-litre HDi 163 diesel engine with a 37 bhp electric motor. The oil-burner powers the front wheels, while planet-saving green machinery drives the rear wheels. 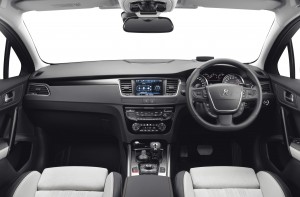 Inside, the 508 makes for a comfortable environment – and so it should do, after all it’s bedecked with leather, idiot-proof gadgetry and electric seats. Hi-tech cabin features include a colour head up display unit so you can see driver information, such as your speed, projected on to the windscreen. Room is good too; the RXH will take four adults happily – maybe even five at a push – but the boot area, although square and easy to access, isn’t as big as the ordinary 508 SW’s. This is down to the hybrid system, which bites into the loading bay.

Behind the wheel, the ride is smooth and the steering is well-weighted. An uncomplicated electronically-controlled manual six-speed gearbox helps provide major savings in fuel consumption compared to a traditional ‘box. It also offers genuine driving satisfaction derived from the possibility of choosing the gear change mode at any time – manual or automatic – with either the gear lever or via controls behind the steering wheel.

Performance-wise, the RXH benefits from the collective force of its HDi diesel engine and the electric motor during acceleration, so it’s comparable to a much higher powered ‘normal’ car. The estate, with a combined 200 bhp at its disposal, can consequently pack a power-punch. It’ll do 0-62 in a good enough 9.5 seconds and will max out only when it gets to132 mph. On top of this, the 508 RXH releases CO2 emissions of just 107g/km and averages 68.9 mpg. 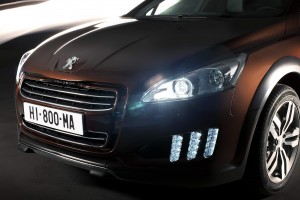 To manage all of the Peugeot’s talents, a dial on the centre console enables you to choose between four different operating functions: ‘Auto’, where the entire system is automatically controlled; ‘ZEV’ (Zero Emission Vehicle), which provides access to an all-electric mode; ‘Four-wheel drive’ (4WD), which tells both power trains to operate together as far as possible, and ‘Sport’ which favours faster gear changes at higher engine speeds. Transfer from the diesel engine to the electric motor happens automatically, due to a stop and start system which places the diesel in standby and restarts it if you depress the accelerator pedal or if there’s a low battery charge level.

Of course, being a potent, family-sized diesel/electric fusion vehicle, the RXH makes for an excellent commuting machine – and it’ll look the business in the company car park. Off the black stuff it won’t handle true mud-plugger territory, but it’ll cope with much more than an ordinary two wheel drive estate – and it’ll keep you safe and sound in wintry road conditions. 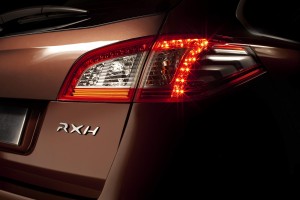 Another key advantage – if you go for this as a company car – is the very low 12 percent Benefit-in-Kind taxation. Also, the Peugeot attracts 100 percent Capital Write-down Allowance, meaning that there’s no further value to be carried over for taxation into the following year.

The 508 RXH certainly ticks many motoring boxes, and businesses will particularly value the considerable virtues that the Princely Pug has to offer. My only concern for private buyers is the price-tag. It’s a fantastically clever vehicle, but the best part of £34,000 is a lot to pay for a Peugeot. I wish quality eco-friendly cars were as friendly on the wallet – then we might all be tempted to part exchange our polluting jalopies.

Follow this link to watch a short promotional video