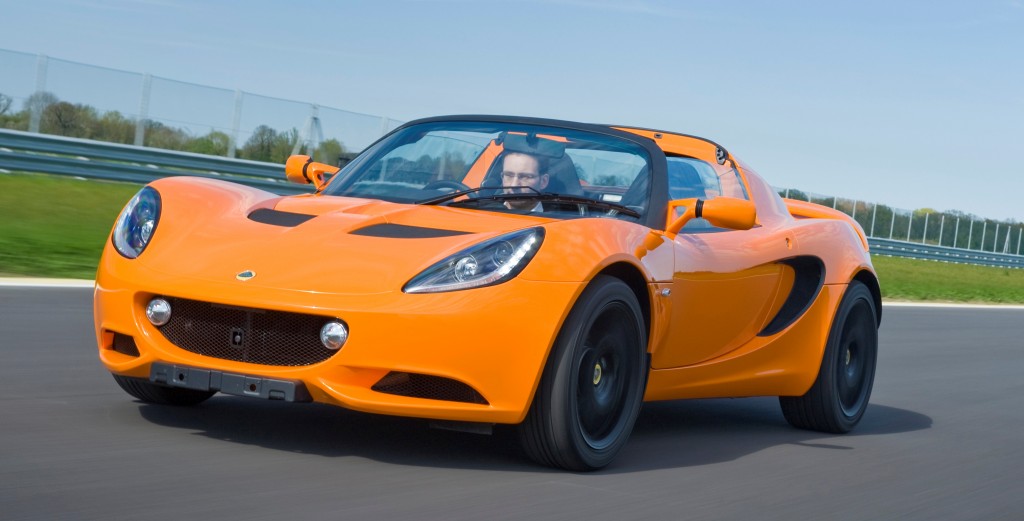 THE LOTUS ELISE S looks out of this world. It’s sleek and aggressive, with clever creases, sexy headlamps and more scoops and vents than you can shake a stick at.

And it’s low; very low. I mean, preferably, you need to practice a bit of yoga before you get in one of these for the first time. Of course, I’m jesting, although, honestly, it isn’t the easiest of cars to get in or out of. But so what? That’s one of the joys of owning a true, sit on the floor, sports car – they’re not run of the mill – therefore they’re allowed to be quirky.

So, once you’ve folded yourself into the Elise, turned the key, pressed the starter button, and set off on real-world, less-than-smooth, well used roads, you generally get all sorts of ‘crash, bang, wallop’ sensations from the Norfolk-made motor. But you really don’t care because the car is just such crude fun. If truth be told, it’s brilliant precisely because of its bone-shaking rawness. There’s no power-assisted steering and the clutch is heavy, but it doesn’t affect the pleasure obtained from hammering what is, effectively, a finely-tuned, delightfully made, go-kart around corners and up the straights. 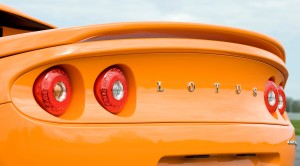 Not surprisingly, if you ask car lovers to define Lotus in recent years, many will point to the Elise as a perfect example of exactly what makes the UK based car maker a firm favourite in the hearts and minds of petrol-heads. The small lightweight, quick to respond, two-seater mid engine sports car revolutionised the market sector when it was introduced back in the 90s. By rigidly sticking to Lotus’ core values of performance through keeping everything lightweight, the Lotus Elise was, and still is, able to produce supercar performance with city car economy. 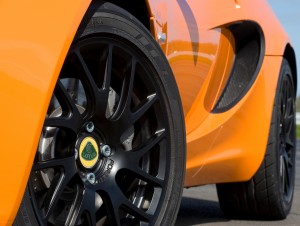 Of course, like all good motor manufacturers, Lotus has regularly added to the Elise range, tweaking and improving the much loved entry level sports car – and now, the new Elise S takes a step closer to motoring Mecca. Why? Well, it’s very simple – it replaces the less than environmentally friendly, albeit very quick, Elise SC with a new 1.8 supercharged engine capable of delivering 217 bhp and, consequently, even more shove. With the new powerplant and an improved throttle response the Elise S gives an even more stimulating and intoxicating driving experience. It thrusts you from a standing start to 62 mph in 4.6 seconds and the needle only stops when it gets to the speedometer’s 145 mph marker. Yet, ingeniously, the engine results in lower fuel consumption – now an average of 37.5 mpg – and less CO2 emissions than the old Elise SC. 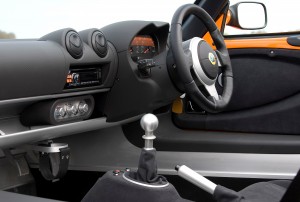 Even though the Elise S has a relatively unsophisticated cabin, it does have supportive, sculpted sports seats and functional, easy to operate, controls. The highlights are a standard lightweight aluminium passenger footrest, a black leather gear lever gaiter, a polished aluminium gear knob and handbrake sleeve, and an engine start push button. The shirt-button sized, leather-clad steering wheel is a delight to grasp – and it instils confidence with razor-sharp, direction-finding, precision. In fact, if you think your car steers well, you need to try an Elise, because the level of feel, accuracy and weighting is matchless.

The Lotus hangs on to the bends effortlessly and not many cars can supply the out of the ordinary balance that Lotus weaves into the Elise’s DNA. The S’s engine is the perfect accomplice to that inborn stability – and the brakes erase momentum as quickly as speed is achieved in the first place. Only the slightly stubborn, stiff, gear shift action disappoints.

Very few cars in this sector will match the thrill you get from driving – or even being a passenger in the new Elise S. An obvious competitor – the Japanese made Mazda MX-5 is miles cheaper and more refined, but it has nothing on the performance and image of the Lotus.