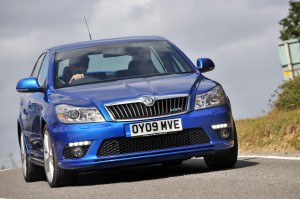 MY PETROLHEAD neighbour used to own an Aston Martin and even he told me what a nice Škoda I had parked outside my house this week.

He wasn’t being sarcastic – he meant it. And I can see why. The electric blue Octavia vRS I had on test looked great with its 18 inch wheels, red brake callipers, lowered suspension, twin exhaust pipes and rear spoiler. It’s probably everything Škoda wanted its cars to look like but never could hope to achieve before Volkswagen came onto the scene.

Škoda became a wholly owned subsidiary of the Volkswagen Group in 2000 and since then the marque has gone from strength to strength. Its total global sales reached 879,200 in 2011 compared with 435,403 at the turn of the new century.

The vRS is particularly special because it’s the hottest Škoda in the line-up. In fact, if you’ve seen a black one – the chances are it’s an unmarked police car. I know the model is appreciated by the boys in blue, especially around my neck of the woods, for a couple of key reasons: it’s good value for money and fast.

My demo car had leather upholstery fitted as an option (£860 extra) and that made it seem all the more special to sit in. The sporty Octavia’s leather steering wheel is chunky, the switchgear is nicely damped and the cabin is well appointed with lots of padding on the dash. Gun the engine, and the twin chrome tailpipes emit a deep ‘thrum’ on idle – that’s the first real indication that this is no ordinary Škoda. Slip into gear and the car is like a dog straining at its lead – it wants to unleash its energy. However, it’s capable of behaving like any standard family hatch if you’re not too heavy with your right foot around town.

Heading out of the suburbs, the Octavia vRS starts to really show its true colours. Hit the gas and the car dashes to the legal limit before you know it. It’s fun getting there too. Second gear is particularly entertaining to hang on to. Yet, once in sixth gear, the car is a pleasant motorway muncher. It’s comfortable, smooth and the easy to use cruise control keeps you the right side of the law.

The Octavia hatchback is very practical too. It has an enormous load area with plenty of pegs and netted areas to keep your luggage secure and compartmentalised. The front passenger area provides lots of legroom and the rear seats are good for two adults.

The vRS has been around since 2000 and was facelifted in 2009. It was given a redesigned front grille and bold headlamps, as well as front fog lamps and LED lamps for daytime lighting. Three years on, it’s still undeniably muscular and handsome, but it could benefit from another injection of Botox soon – if nothing other than to tell the world what a fine car it intends to keep on being. 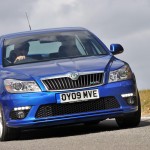 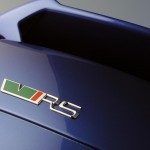 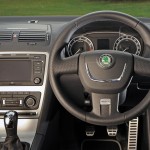 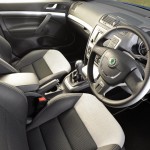 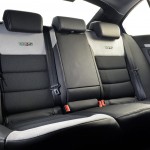 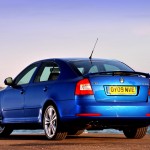 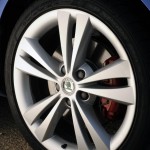 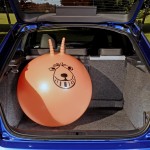 Read the review published in ‘Look in Local’ Magazine, June 2012