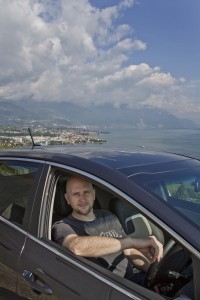 It’s a completely different car from the original cee’d which was first unveiled in 2006. The model has a new chassis, a totally fresh design and comes complete with a range of up-to-the-minute petrol and diesel engines.

Basically, Kia has taken the existing cee’d and refined everything to make it an even better car. The original has been very successful for the South Korean company – mainly because it was made specifically for the European market.

The messages back in 2006/2007 were very much “Kia has got a 7 year warranty” – so the cee’d was a sensible purchase for many motorists then. The Government’s scrappage incentive scheme in 2009 also put Kia firmly on the map for a lot of customers looking for a good value new car. Since that time Kia has completely ‘sexed-up’ its product line-up with the new Picanto, Rio, Sportage and Optima – and now the cee’d. In other words, Kia now not only makes cars which are a rational choice – they look desirable too. 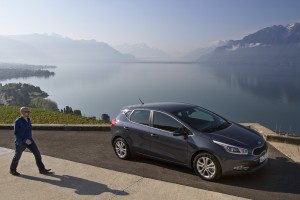 So who will buy the new cee’d? Well, it’s a C segment car, which is marketing speak for a family hatchback sized motor. That means the Kia is suitable for everyone – from young couples and families to businesses and retired couples. It’s small enough for the town but big enough to handle a long drive to the continent.

But why would you buy a new cee’d over, say, a Vauxhall Astra or VW Golf? Well, it comes down to Kia retaining the value for money proposition – even the entry level cee’d, priced at £14,395, comes with air conditioning, Bluetooth and other items you may not get on a competing car. The new cee’d also offers a range of efficient engines which are cheap to run in terms of fuel economy and Co2 emissions. In fact, the cee’d’s engines start from as low as 97 g/km on the 1.6-litre diesel model, so that puts it in band A – which means free road tax. 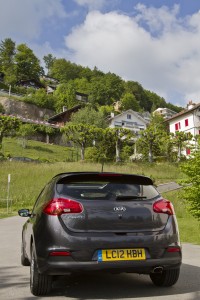 Four engines are available at launch: 1.4 and 1.6-litre diesels and petrol engines of similar capacity. The 1.6-litre petrol engine features efficiency-enhancing direct fuel injection. Familiar from the Kia Sportage, it’s the most powerful of the four cee’d engines, with 133 bhp, and is the only cee’d available with the new dual-clutch gearbox developed in-house by Kia. This advanced new gearbox allows fully automatic operation, or manual changes, via steering wheel-mounted paddles, but without the fuel consumption penalties that accompany conventional automatics. Because one clutch works with gears one, three and five and the other takes care of gears two, four and six, the transmission is always primed for the next up or down-shift, ensuring changes are particularly rapid and smooth.

All 1.6-litre manual versions of the cee’d are equipped with ISG (Intelligent Stop & Go), Kia’s engine stop/start system which is a major contributor to the efficiency improvements of the new range. The 1.6-litre diesel with ISG has a combined cycle potential fuel economy of more than 76 mpg. The oil-burner develops 126 bhp and is available with a conventional six-speed automatic gearbox in place of the standard six-speed manual. The CO2 emissions of the 1.6 CRDi automatic are 145 g/km. 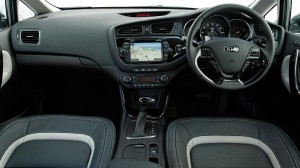 None of Kia’s all-new cee’d’s are going to blow your socks off in terms of performance, but the latest cee’d is not about that. It’s a car you will buy with your head – not your heart.

Check Out the Promotional Film – ‘You Make My Pulse Race’!