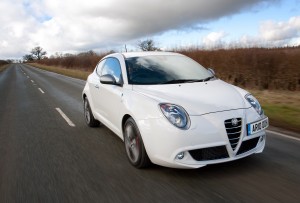 THIS LITTLE ITALIAN car can be summed up in one word: elegant. I will, of course, go on to write more than a word about the Alfa Romeo MiTo because, quite frankly, that’s what I’m paid to do; but also because it deserves lots more to be said about it.

Launched in the UK in 2009, the classy MiTo offered a refreshing alternative to its mainstream competitors. This was made possible by trendy good looks, the introduction of a host of new technologies, including Alfa Romeo’s dynamic control system (known as DNA), its award winning MultiAir engine technology, and a five star Euro NCAP safety rating.

The latest 1.4 TB MultiAir 135 bhp ‘Distinctive’ (formerly Veloce) version I tested this week has, like all things Italian, bags of style. For me, the MiTo is a little cramped inside, but its looks are so seductive I really didn’t mind nearly dislocating my shoulder to reach for the seatbelt every time I sat behind the wheel. The £15,950 price tag also attracted me to the car. 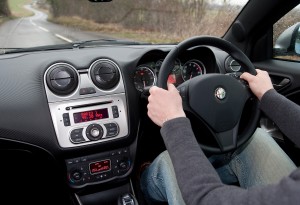 On the road, the chic Alfa strikes an unbeatable balance between spirited performance and fine economy. The MiTo, mated to 135 horses, is responsive and pulls vigorously from low engine speeds. This dovetails perfectly with respect for the environment, reflected in CO2 emissions of just 129 g/km and a combined fuel consumption of 50.4 mpg.

The car has an athletic yet supple ride, with very little roll on corners. Key to this is the MiTo’s suspension layout: MacPherson struts at the front and a semi-independent layout with torsion beam at the rear. To emphasise the promptness of response, stability and control, even under extreme conditions, the MiTo’s track widths are among the widest in its class. The wheel rims are also broad in relation to the size of the tyres in order to optimise handling performance.

What’s more, the MiTo’s innovative DNA system offers three distinct ‘vehicle personalities’ tailored to driving style and the prevailing road characteristics and conditions: Dynamic (sporting), Normal (suburban/town driving) and All weather (maximum safety, especially in low-grip conditions).  A three-position switch, situated beside the gearlever, alters the throttle response and steering set-up for the different driving environments. In Dynamic mode, the throttle response is quicker, the steering is sharper and the handling is more direct. For icy and loose surface environments the All Weather mode provides a more gentle response. 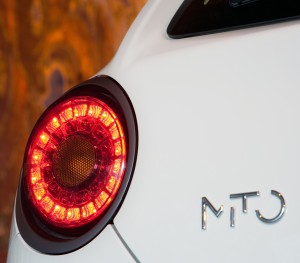 So what else do you get for your money? In Distinctive trim you get equipment including 17 inch sports alloy wheels, red painted brake callipers, a chrome exhaust tailpipe, rear parking sensors, aluminium pedals, sports dials with white illumination and a Bluetooth hands-free system with voice recognition and a USB compatible media player.

You may have noticed that this particular version of the MiTo focuses very much on being ‘sporty’. And it really is: with a 0-62 mph dash of 8.4 seconds, and a maximum speed of 129 mph, this car is not exactly inhibited.

On the practical front, the Alfa Romeo MiTo has just about enough room for two adults and two small children. The seats are comfortable enough for commuting long distances and the boot is surprisingly deep. It isn’t very wide though, so my wife couldn’t fit our two year old son’s buggy into it. Still, it wasn’t enough to put her off the car, and I had a hard time snatching the keys back from my other half. Yes, she loved the MiTo too. It just goes to show that, sometimes, looks are everything.

Select a magazine to read a review of the Alfa Romeo MiTo 1.4 TB MultiAir 135bhp Distinctive: