ARE YOU dreading your daily drive to the office? You’re not alone. Many of us spend at least 30 minutes in the car on our morning commutes.

For that kind of time spent in traffic, it pays to have a decent car: something spacious, comfortable, efficient, and with the right image for business.

We’ve found four cars which should make that long trip to work pain-free and even enjoyable. Here are our choices: 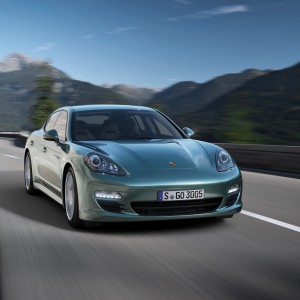 With a highly appealing driving range of more than 745 miles, the new Porsche Panamera Diesel is capable of taking four passengers in sporting comfort from Lands End to Loch Ness without refuelling. It emits just 172 g/km and delivers a combined fuel economy of 43.5mpg.

Coping effortlessly with short bursts of speed and cross country touring, this long distance sporting performance is delivered by a smooth-running 3.0-litre V6 engine. It is exclusively available with rear-wheel drive and uses a highly efficient eight-speed tiptronic S as standard. The six-cylinder turbo diesel engine powers the new Gran Turismo from 0 to 62 mph in 6.8 seconds, with a top speed of 150 mph. 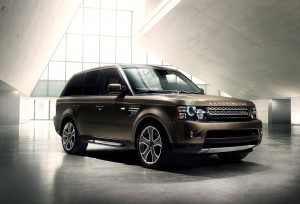 The exceptional 3.0-litre SDV6 diesel engines in the Range Rover Sport now offer even greater efficiencies, with reduced CO2 and an increase in power for 2012.

These enhancements are partly due to the introduction of a new 8-speed automatic gearbox, combining smooth shifting and improved fuel economy. In conjunction with the new gearbox, the Range Rover Sport SDV6 comes equipped with a ‘Drive Select’ rotary gear shift and steering wheel-mounted paddle shift.

Design and equipment levels have moved up a level too, with fresh exterior colours and a new powered tailgate. Also, for the first time on the Range Rover Sport, a 7-inch touch-screen is available with optional dual view technology, allowing you to see the navigation display whilst the front seat passenger watches TV or a DVD. The rear seat entertainment package has also been enhanced with the availability of wireless technology.

Jaguar’s 2012 XF comes complete with innovative styling, advanced new technologies and an entry-level power train that promises to make it the most efficient Jaguar yet produced.

Key to the changes is the new look: most notable is the use of LED lighting technology front and rear. Also, a lower bonnet line complete with a pronounced, wider power bulge running down the centre now lends the XF a more purposeful stance.

The cabin of the XF has been given a subtle overhaul too. Redesigned seats offer greater support while up-to-the-minute trim finishes ensure the XF’s interior still sets the benchmark in its class.

In addition, significant changes take place under the skin with a four cylinder engine available for the first time. The 2.2-litre common rail diesel engine is linked to a new eight-speed automatic gearbox and a Stop-Start system – another first for Jaguar. The result is a combined economy in excess of 50 mpg and CO2 emissions of 149 g/km.

Across the new XF range advances have been made in refinement with new sound deadening material featuring on the car as well as redesigned wing mirrors to reduce wind noise.  The result is a motor that sets new benchmarks in the suppression of road noise. The latest XF is on sale now with prices starting at £30,950. 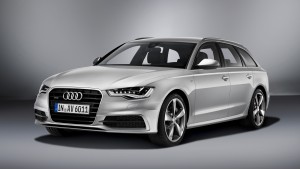 Priced from £32,100 on the road, this sleek and technologically-advanced German legend delivers major efficiency improvements. These are helped by state-of-the art construction processes which reduce weight by up to 70kg.

The all-new Audi Audi A6 Avant also offers an impressive and increased carrying capacity of 565 litres, which can be increased to 1,680 litres by folding down the rear seat backs. What’s more, the luggage compartment can be opened automatically simply by ‘gesturing’ with a foot to two sensors beneath the rear bumper.

A choice of four engines featuring direct fuel injection is available for the new A6 Avant: one petrol engine and three TDI units. The line-up includes the efficient 177PS 2.0-litre oil-burner, which with its 56.5mpg potential and low 132g/km CO2 output offers an outstanding combination of strong performance and comparatively low running costs. Transmission options, based on the engine choice, include a manual six-speed gearbox or multitronic for front-wheel-drive models, and a new seven-speed S tronic twin-clutch transmission for Quattros.