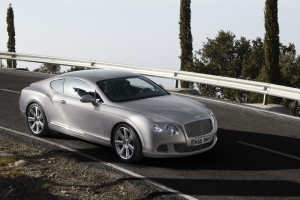 THE LATEST BENTLEY Continental GT will set you back £135,760 if automotive opulence is what cranks your engine.

The 4-seat coupe builds on the success of its iconic predecessor, capturing that GT spirit but with even higher standards of design, engineering, luxury, craftsmanship, dynamic performance, everyday practicality and refinement.

On the outside, the beautifully sculptured body gives the car an even crisper, more defined appearance. Inside, the contemporary cabin offers fresh levels of comfort and eye-candy. The seats, for example, provide greater support and rear leg-room and a sweeping dashboard offers double-helpings of style and modernity.

Under the bonnet, the car’s 6-litre, 12-cylinder, twin-turbocharged powertrain delivers 567 bhp and 516 lb ft of torque. This is mated to an innovative Quickshift transmission which enables double downshifts (sixth to fourth gear, for example) and improves acceleration across the entire gear range. The result is that the Bentley propels you from 0-62 mph in 4.6 seconds and, where legal, up to nearly 200 mph. It really is quite staggering and no words can describe the adrenaline rush. The Bentley Continental GT coupe is worth every penny for this near spiritual sensation alone.

What’s more, the engine is coupled to an all-wheel drive system with a sporty 40:60 rear-torque bias (compared with 50:50 of the original Continental GT), minimising understeer during hard cornering and allowing you, if you feel confident enough, to control the car’s line and balance via precise throttle control. 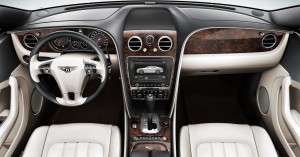 In my opinion, the new Continental GT offers superb everyday usability with remarkable levels of finesse and pace; even at warp-speed the Bentley is hushed and tranquil. It owes this to advanced noise-suppression technology which includes acoustic glazing, under-floor shields and hidden anti-vibration panels.

I don’t need to tell you that Bentley is a legend, so why not continue to make history with the brand? Money is, unsurprisingly, the only obstacle for most people, but if you are one of the lucky few who are doing well and whose business has perhaps just won a juicy new contract, why not indulge yourself? Of course, if you can’t afford new, save up and go second-hand – the Continental GT will still look the business many years from now.

Select a Magazine to read the Bentley Continental GT reviews: