Motor Gadgetry The rise of the wallet-friendly compact executive

IF YOU are in a position to choose a super-swish car for company business, you may want to check out the following four cars. Each is at the top of its game – stealthy, stylish and incredibly quick. 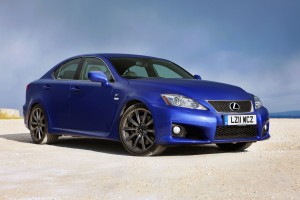 Lexus has crammed a mighty V8 engine into its IS-F model, and with 417bhp and a top speed of just under 170mph it is, quite simply, sensational.

The IS-F is touted as a rival for the Audi RS4 and BMW M3, but looks more discreet than these German mean machines. A bonnet bulge is the big give-away that this is no ordinary car though and the revised front bumper and side sills also indicate the car’s performance potential.

The IS-F’s engine produces 417bhp allowing the beautiful brute to sprint from 0-60mph in under five seconds. Fortunately, six-piston callipers grip huge 14-inch discs to ensure the Lexus can scrub off that speed just as quickly. The Japanese motor company has also developed the world’s fastest-shifting eight-speed transmission. The Sports Direct-Shift automatic gearbox can change ratios in only one-tenth of a second, meaning that shifts are, more or less, instantaneous.

Power aside, the Lexus IS-F is a very well built, practical and highly specified car, and at restrained engine speeds, you would be hard pressed to hear the large V8 lurking under the bonnet. With suspension an inch lower than that of the standard IS, the ride is firm but the seats are comfortable.  Handling is razor-sharp and it generates driving confidence.

Lexus has an enviable reputation on the used car market and, compared to German marques, the relatively limited availability of the IS-F should guarantee very good residual values. 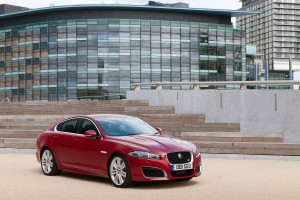 Over the last couple of years, Jaguar’s XF model has secured ‘Car of the Year’ awards from two major automotive magazines and more than 30 other commendations worldwide. So it is no surprise that the Midlands motor manufacturer has gone on to raise the game by producing the high performance XFR.

Powered by a supercharged 510bhp V8, the spirited Jaguar delivers undiluted might and performance. With acceleration from 0-60mph in just 4.7 seconds, it makes it the ultimate Jaguar sport saloon. 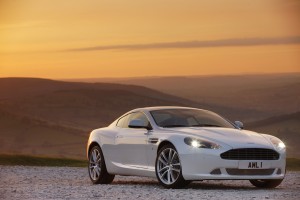 Aston Martin’s DB9 has established itself as the authoritative grand tourer, thanks to an enduring combination of unpretentious elegance, sporting character and genuine opulence.

Under the skin, the DB9 has an enormous 6-litre, 12-cylinder engine, allowing the car to sprint from 0-60mph in 4.6 seconds, and on to 190mph. The drive is phenomenal, helped, no doubt, by a new adaptive damping system, which offers enhanced ride comfort together with sharper handling when switched to Sport mode.

The Aston Martin DB9 is available as either Coupe or Volante (convertible) with rear mid-mounted six-speed manual gearbox as standard or optional ‘Touchtronic 2’ six-speed automatic transmission. 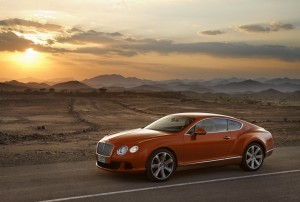 The latest Continental GT is an automotive work of art, with superb craftsmanship and elegant, contemporary design. It drives like a supercar, but without the usual sacrifices in ride or practicality.

Bentley’s acclaimed 6-litre, 12-cylinder, twin-turbocharged power train now has a raised power output of 567bhp and this is mated to a new Quickshift transmission which enables double downshifts. Thanks to advanced FlexFuel technology it can also run on both standard unleaded petrol and sustainable bioethanol or any mix of the two.

Later this year an all-new, high-output 8-cylinder engine will also be available to order. This advanced power unit will deliver a 40 percent reduction in emissions compared with the W12 engine, and will offer a class-leading CO2 emissions-to-power ratio with Bentley levels of performance and refinement.

Both engines are coupled to an all-wheel drive system with a sporty 40:60 rear-torque bias, minimising understeer during hard cornering and allowing the driver to control the car’s line and balance via precise throttle control.